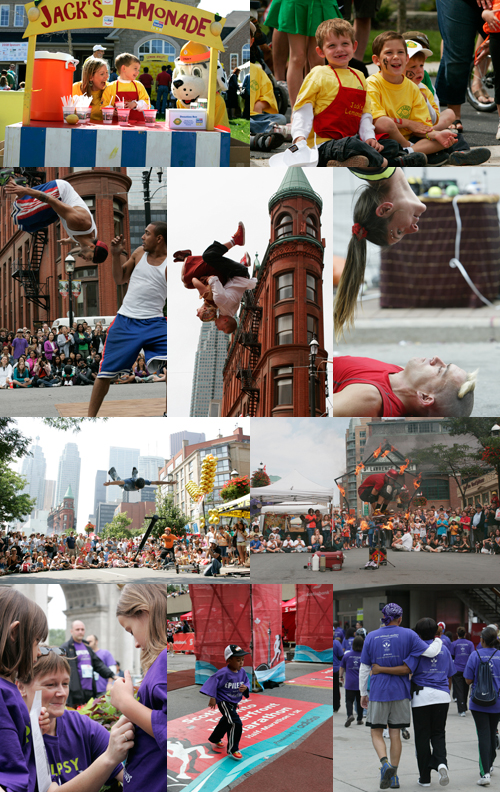 A bit about Purple Day from the website purpleday.org: “Founded in 2008, by nine-year-old Cassidy Megan of Nova Scotia, Canada, with the help of the Epilepsy Association of Nova Scotia, Purple Day is an international grassroots effort dedicated to increasing awareness about epilepsy worldwide. On March 26, people from around the globe are asked to wear purple and spread the word about epilepsy.”

Before we launched Light Monkey Photography earlier this year we ran SevenStock Photography – and we still do –  it has become primarily an event photography business.  Through SevenStock we have been involved in raising awareness of epilepsy through the events shown in the compilation above, Buskerfest, the Toronto Waterfront Marathon, and Jack’s Lemonade Stand.

We started working with Epilepsy Toronto in 2005, covering their major fundraising event – Buskerfest – which is a huge festival that takes over part of Front Street on the last weekend of August each year.  In 2007 we started documenting Team Epilepsy at the Toronto Waterfront Marathon, and the same year we met Jack Yeilding (who I wrote about in an earlier post). Jack has epilepsy, and each year in May his family holds a big lemonade stand at their Oakville home with all proceeds going to the Hospital for Sick Children, where earlier this year Jack underwent 3 brain surgeries over the course of one week. The last surgery, on January 25, involved the removal of his entire left frontal lobe in order to try and control the seizures he had suffered almost all of his life. We are very proud to have sponsored Jack’s Lemonade Stand for the past 2 years, and Jack can count on us to continue our sponsorship as well as build up our own efforts this year to raise even more money for the SickKids Foundation. It is almost poetic that after three weeks in SickKids and seven weeks at the Bloorview MacMillan Rehabilitation Centre (and no seizures in that time) it is on epilepsy awareness day that Jack is finally going home to Oakville for good! Watch the video below detailing his journey at Sick Kids and Bloorview Rehab.

This year we were approached by Epilepsy Toronto to sponsor a contest as part of their Purple Day events.  We were happy to again work in partnership with this organization that offers support and services to those in our city who live with epilepsy and face ongoing challenges as a result.  Epilepsy Toronto is lucky to have some very generous partners, such as Scotiabank, the title sponsor of Buskerfest.  Scotiabank has matched dollar for dollar all donations made during Buskerfest’s fire show and closing finale events.  One of these partners will win our contest, whereafter we will provide a photo session to that company, helping revamp and refresh their marketing materials and company profiles.

Through our friendship with Jack we’ve become more aware of epilepsy and the effect that it has on not only the one with it – but on the entire family as a whole. This is what the individuals behind the development of Purple Day want to bring to the public – the awareness that the effects of epilepsy can reach everyone.

Though not always in a negative way.

When I was young, my friends and I played outside whenever we wanted, happily oblivious to the children in hospital rooms, to the problems so many kids face. As adults we are more aware, but it isn’t until we personally befriend a child who has been really sick, or we visit a facility like the Hospital for Sick Children that we are AWARE.  And at times it has been surprising even to me, how much I personally want to do to help.  To build a community around those who need help and those who in turn help others.  It is an interesting observation that both Jack’s Lemonade and Purple Day were started by kids who were sick and still wanted to to help other kids.  I don’t have kids.  These are the kids I want to help.

Through emails I shared Jack’s story as it was unfolding with some of those friends I played with as a kid – oblivious. Cathy has two boys now, Natalie has a boy and a girl. Four kids between them, and all healthy. They both told me that hearing about Jack made them realize how lucky they are to have healthy kids. And that they want to teach their own kids to realize that not everyone is so lucky. To make them aware.

So, for those of you who have always had healthy children, this weekend when you play with them, take a minute to realize – and to celebrate – your fortune, because like our own health, it is something that is too often taken for granted.

And to those of you who have ever needed the services of a health care facility like Sick Kids, or the support of an organization like Epilepsy Toronto, we at SevenStock and Light Monkey Photography promise to always do our part in raising awareness and bringing support to Epilepsy Toronto and the Hospital for Sick Children, so that they will continue to receive the donations they need to provide the most incredible care to the bravest of kids – like Jack. 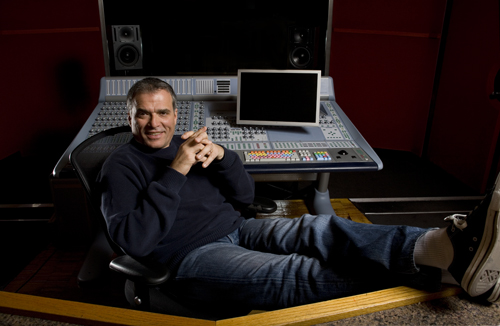